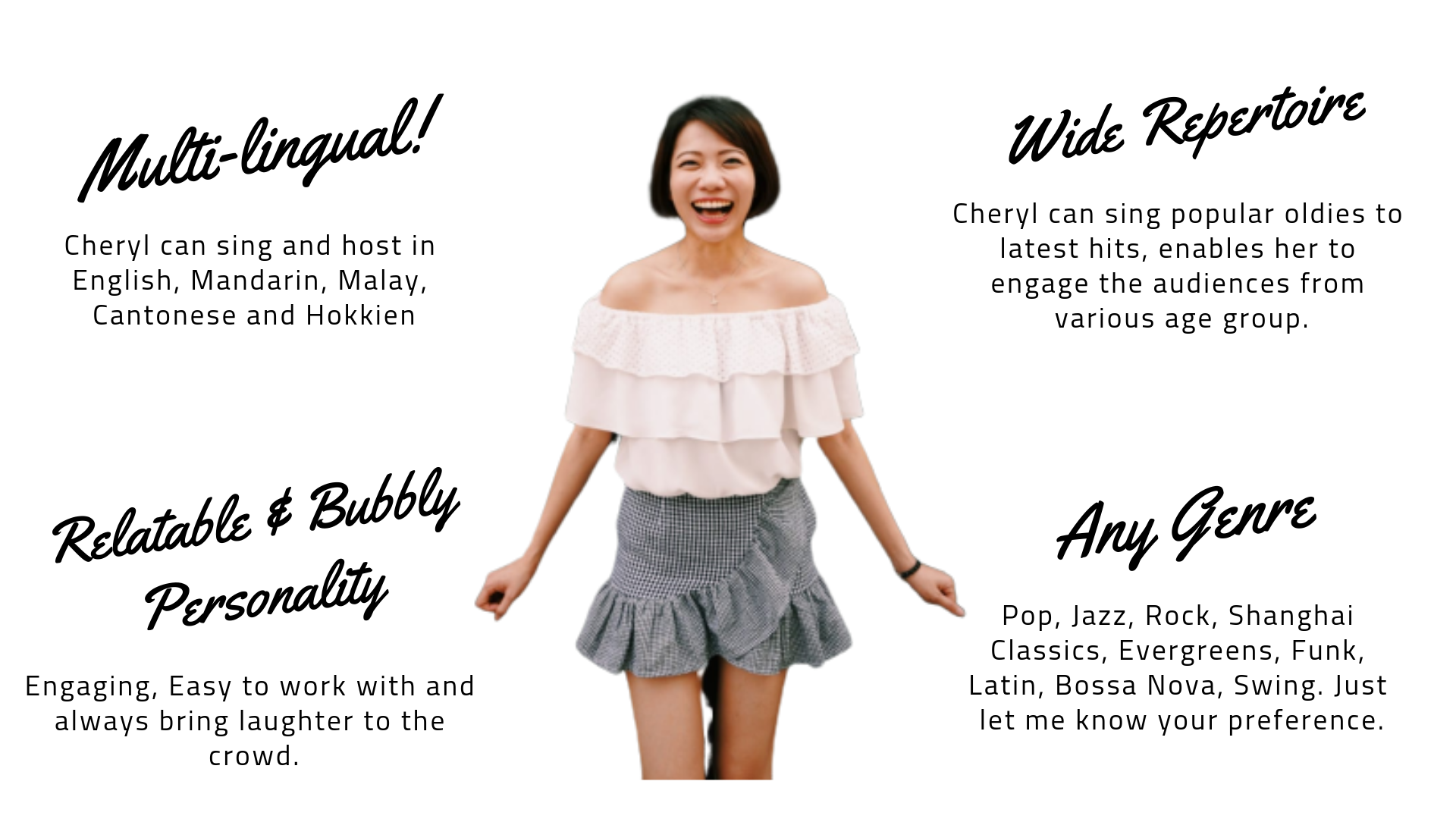 Recognised as a rarity in being able to readily sing songs from different eras, Cheryl is a highly sought after singer for both commercial and private functions. Beyond being a master of a wide repertoire of genres and languages, Cheryl is also well known for her ability to touch the hearts of many. In particular, creating joyful and endearing memories is one that’s closest to her heart.

A natural with a loving personality at hosting; coupled with native proficiency in English, Mandarin, Malay, Cantonese & Hokkien, a rarity in Singapore, Cheryl has hosted numerous events locally and abroad. Often aptly described as a crowd pleaser, Cheryl readily adapts to different events and uses her wits and talents to wow and engage different audiences.

A protégé of a well-known radio veteran and personality, Cheryl’s jovial and caring personality attracted many radio listeners. With a voice that warms hearts, Cheryl also uses her various talents to keep radio listeners captivated in her regular weekend radio segment in Singapore’s most established Mandarin radio station. Cheryl has also guest-appeared on several radio programs in Singapore and Malaysia.

A voice chameleon… That’s what industry veterans have used to describe Cheryl as a voice-over talent. Cheryl has lent her voice in TV and radio programs, commercials, and many others. Talent aside, being a vocalist, emcee and deejay has helped Cheryl to impress clients with her versatility and efficiency in the recording booth.